Justice and Sacrifice as Represented in Les Miserables

The idea of sacrifice permeates western storytelling.  Hit films such as The Lord of the Rings, Star Wars, 300, and the Chronicles of Narnia all have major sacrificial themes.  But have you ever noticed that the sacrificer only sacrifices themselves for the “good guy” in the film, the one who is on the right side and for the right cause?  Boromir dies for the hobbits, the warriors in 300 for their countrypeople, and Azlan for the people of Narnia.  Even Anakin Skywalker has a moment of clarity in order to save Luke and prevent the almost certain rise of the empire.

Perhaps one of the most profound, complex, and moving sacrifices in western literature as well as cinematic history occurs in Les Miserables, written by Victor Hugo.  I like the 1998 movie the best, partly because I couldn’t stand to listen to Russell Crowe sing for 2.5 hours, but that’s another story. 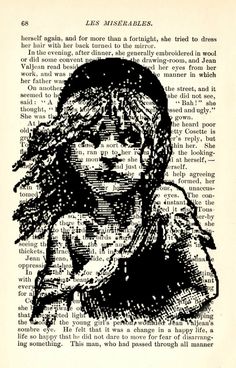 In the film, Inspector Javert represents justice and the law.  Javert is in pursuit of of a man named Jean Valjean.  Valjean was finally released after being imprisoned for 19 years due to the crime of stealing a loaf of bread, but later failed to fulfill the terms of his parole.  This would be akin to a sex-offender failing to register when he moved to a new location today.

However, Valjean reformed himself and became an upstanding citizen.  When you watch the film, you begin to really like Valjean and he becomes the protagonist in your mind very easily.  He is compassionate, humble, employs others, and adopts a young orphaned girl.  He represents God’s grace, forgiveness and mercy.

Yet Javert is relentless in his duty to do his job and uphold justice.  It does not matter to Javert that Valjean’s life has changed, that he no longer possesses the characteristics that landed himself in prison in the first place.  Javert represents the law – his one and only duty is to uphold the letter of it.  You begin to really despise Javert, because he is so cold, so cruel, so married to the rules.

In the end, Javert finally gets his chance to arrest Valjean.  But, at the same time, he reaches a different conclusion than what had driven him his entire life.  He says to Valjean:

“I needed to think about what you deserve.  You’re a difficult problem…You don’t understand the importance of the law…I’m going to spare you from a life in Prison, Jean Valjean.  It’s a pity the rules don’t allow me to be merciful.  I’ve tried to live my life without breaking a single rule.”

Then, he unhandcuffs Valjean, schackles his own hands, and says “You’re free.” He then launches himself into the River Seine, killing himself.

Much contention abounds as to the true theme of Les Miserables, even more as to why Javert kills himself.

IMDB claims, “The film provides an insight into the type of moralistic tales of that time, trying to portray the suffering and degradation inherent in poverty, and the personal conflicts that are intertwined into that framework, in order to illustrate the particular challenges and choices that therein abound.”

Barnes and Noble’s website suggests that the main theme is about the difference between secular law versus an inherent moral law, which Hugo (supposedly) prized greatly.  The writer for the Barnes and Noble book club is quick to point out, “However, Myriel [the man who helps Valjean get back on his feet] is not a typical bishop, or even a typical Christian. He is not meant to represent the average Christian, because Hugo does not believe it is Christianity per se that provides morality. Myriel is drawn in such a way as to show that true morality is above and separate from any specific religion.”

It seems that everyone wants Les Mis’ and Victor Hugo to be on their side.  It’s about social conflict….political conflict….it’s about the conflict between law and inner morality… We can all agree about the basic facts about the story, but start to discuss why they are included, and the agreement ends there.

A clue has recently been discovered, written by Hugo himself – a preface which was never published during Hugo’s lifetime.  In the margin of the preface Hugo wrote, “Before the reader engages in the reading of this book it is necessary to warn him.  The book which he has at this moment in his hands is a religious book.”  The actual beginning of the preface states, “The following book is a religious book.  Religious?  From what point of view?  From a certain point of view that is ideal, but absolute, indefinite, but incontrovertible.”  These are words that the commentator who wants to scrub out the religious context has to deal with. 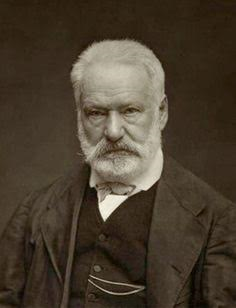 As said before, if there is confusion as to the true theme of Les Miserables, even more confusion exists as to why Javert killed himself.

The rated “best answer” on Yahoo.com claims, “He finally understood the futility of his life. He understood that it is not the letter of the law, but the spirit and intent. He realized that his life was wasted and empty because of how he had perceived Jean, and was filled with remorse.”

Writers for the ever authoritative Wikipedia take a stab: “For the first time in his life, Javert is faced with the situation where he cannot act lawfully without acting immorally, and vice versa. Unable to find a solution to this dilemma, and horrified at the sudden realization that Valjean was simultaneously a criminal and a good person—a conundrum which made a mockery of Javert’s entire system of moral values—Javert decides to resolve the dissonance by drowning in the river Seine; his body is later found.”

The Jewish website, aish.com probably comes the closest, suggesting that, “Javert found only one solution for his dilemma. Not knowing whether to prioritize justice or mercy, Javert drowned himself in the river Seine.”

Many commentators also assume that in Les Miserables, the police inspector Javert sacrifices his life for Valjean because he finally sees the good qualities in Jean Valjean.  In a previous scene, Valjean spares Javert when he has a chance to kill him.  Javert also sees Valjean save someone’s life, which seemingly does not benefit Valjean at all.  Perhaps Javert finally sees Valjean’s good qualities and cannot bear to send him to prison.

If I had to take a stab at the point Hugo is trying to make, it is that God has found a solution to be perfectly merciful and perfectly just at the same time.  If I had to put my finger on a specific passage of scripture that conveys the same meaning, it would be this one: “For all have sinned and fallen short of the glory of God, being justified as a gift through the redemption which is in Christ Jesus…so that he would be just and the justifier of the one who has faith in Jesus” (Romans 3:23-24).  God finds a way to maintain his nature of justice while also loving His children and offering them a way of forgiveness for their sins – which by all rights should issue them the death penalty.  Yet God chose to punish Jesus Christ in our place for our sins, and offer us eternal life instead.

It seems that we have to prioritize justice or mercy as the aforementioned Jewish site suggested, and that God is no exception.  I disagree.  To see how this is possible, it is necessary to look at Javert’s death one more time.

First of all, Javert never did change his opinion of justice right up to the very end – which is the pure and correct view of justice.  When you consider the concept of justice, thinking about a courtroom setting is often helpful.  It is not the role of judges and juries to determine how a man has lived his entire life, but to determine whether he in fact committed the crime in question.  A quick example: If someone drives perfectly well his entire life, but is caught driving drunk just one time, his life is forever altered to reflect his one transgression of the law.  Going back to Les Mis, in Javert’s mind, even though Valjean lived a perfectly good life by comparison to others, he was still guilty of at least one crime for which it was Javert’s duty to arrest him.  This is consistent with his final statements, “You don’t understand the importance of the law,” and “It’s a pity the rules don’t allow me to be merciful.” 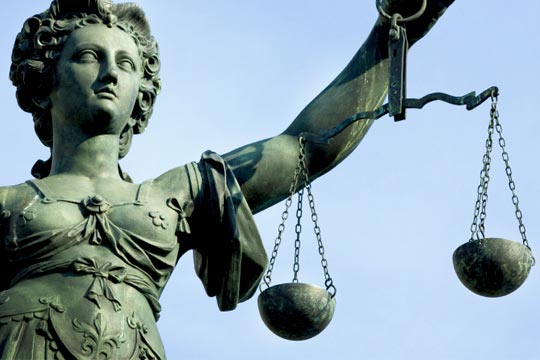 Javert is still just as married to the law as he always was.  His death is a picture of Christ’s sacrifice on our behalf, extinguishing the penalty of the law, while simultaneously finding a way for us to live and be free.  In the final scene, as Valjean walks away, you can tell by his countenance that he does not have to live life running from his past any longer.  In Javert’s sacrifice, Valjean’s freedom is accomplished without watering down the requirements of the law.

While Javert’s sacrifice may be the most profound sacrifice found in cinematic history, a greater sacrifice is found in Romans chapter 5 of the Bible.

“For while we were still helpless, at the right time Christ died for the ungodly.  For one will hardly die for a righteous man; though perhaps for a good man someone would dare even to die.  But God demonstrates His own love toward us, in that while we were yet sinners, Christ died for us.” (Romans 5:6-8)

The phrase, “while we” is the key to unlocking Romans 5 and explains God’s idea of sacrifice, which is always more extreme and radical than anything man could conjure on his own, and perhaps why few people can come to the right conclusion about the Les Miserables story.

Romans 5:6 – “While we were still helpless, at the right time Christ died for the ungodly.”

Romans 5:10 – “While we were enemies we were reconciled to God through the death of His Son.

Before I have written about unconditional love, and used the analogy of a father’s love for his child.  I think this is an easy concept for us to grasp.  But let’s take things a step further now.  Could you ever imagine sacrificing your life for one of your enemies?  For someone who was on the wrong side?  For someone who wasn’t even related to you?  Such is God’s love.  But perhaps just as important as a high view of God is a low view of man!  We are what is described in Romans 5 – helpless sinners that are enemies of God. 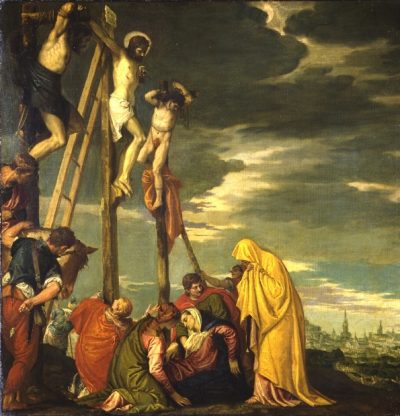 Far from giving us a “license to sin,” this concept frees us to love and serve God out of gratitude, as opposed to duty, compulsion, or fear.  Galatians 5:13 tells us, “For you were called to freedom, brethren; only do not turn your freedom into an opportunity for the flesh, but through love serve one another.”

So our response to God’s mercy is to take our eyes off of ourselves, our standing with God being secure if we have trusted in what Jesus has done for us, and use the opportunity to love and serve others.  But is it possible for humans to issue the same level of justice and mercy? Can humans be perfectly loving and perfectly just at the same time?

Maybe there is more opportunity to harmonize the two concepts than you think.

3 comments on “Justice and Sacrifice as Represented in Les Miserables”