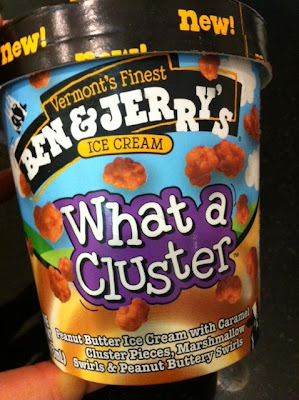 We did it!  A phrase Andrew Fast and I coined has finally become the name of a nation-wide flavor of ice cream.  I knew it was only a matter of time with the vast quantities of ice cream I consume!  “What a Cluster” is not only delicious, but accurately describes my racing exploits and those of my friend and training partner Andrew “the water buffalo” Fast.

So, who in their right mind would cluster 3 Half-Ironmans within 1 month of each other?  Well, crazy people like Matt Russell or ThomasGerlach certainly would, but for a conservative racer like myself, it was a big jump from the normal race spacing (usually 1x/month).

And a “cluster” it was.  The preview was the WA State 40k TT champs in Tenino, WAon June 2, which was going to be my warm-up for the Boise70.3.  I was on pace for an excellent ride, probably 56-57 minutes.  Unfortunately, I flatted out about at the halfway point – another “phantom” flat caused by a leaky valve core.  Not wanting to be denied, I went back out on the course bandit style (after getting the flat repaired) and clocked a 59 minute 40k on tired legs and with my training wheel on the rear.  Not too shabby.

High hopes for the Boise 70.3; unfortunately, the weather didn’t cooperate.  With sub 50 degree air temperature, rain, and wind, coupled with 57 degree water temperature, many athletes were left standing (rather, shivering) with hypothermia…or they merely dropped out before that point.  The bike course was shortened from 56 miles to 12 miles, with the concern of hypothermia looming over the organizers heads with the low temperatures and strong winds.  Several pros were smart and simply raced the shortened bike into town with their wetsuits on!  That was the right move.  I was frigid coming out of the water, and was getting even worse coming down from LuckyPeak.  Once the legs thawed out (about 2 miles into the run), I was able to throw down a high 1:12 Half- Marathon, which was encouraging.  Too bad it was for 19th place! 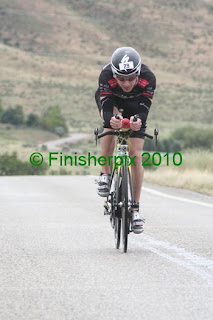 If I’ve learned one thing from pro-marathoner Mike Sayenko (aside from how to do a proper Borat impression), it’s that when you’re hot, you race.   I knew I was in good shape, but had failed in the last two attempts to show it.  Fortunately, I had already created a back up plan.

Ironman was hosting an inaugural Half-Ironman in Mount-Tremblant, Quebec, which I thought might suit my capabilities.  I had scheduled a flight to the race, knowing that if something didn’t go right at Boise, I would have another option to show my fitness.  This is where Southwest is really the greatest and the worst option in the world for the indecisive.  You can cancel a flight at any time before the flight, and have your airfare fully applied to the next flight of your choosing.  I was fretting over whether to go to Tremblant, but finally decided not to let the opportunity slip by.

In Quebec I had the opportunity to stay with Romaine Guillard out in Tremblant, was we were both hosted by skiing and outdoor fanatic Bob Gilmour who generously invited three people to stay with him.  Romaine is quite the character and “astetitician,” as I call him.  That is, he really knows how to have his equipment working well but also looking good.  Secret tip:  “Hide your Vittoria Pitstop under your front bottle cage.  It looks better in pictures that way,” says Romaine. 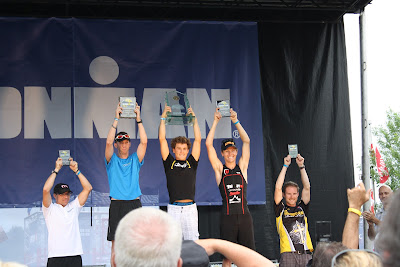 I think my fitness increased in the swim and the bike off of the fitness from Boise, I swam a PR of 28:30 for the 1.2 miles, and rode a 2:19(24.0 mph avg) for the 56 mile course, which had some nasty, spikey climbs thrown in.  I thought for sure I could run myself into 3rd place on the run given my position on the bike, but folded big-time at during the last half, clearly not recovered from the effort at Boise.  I think I clocked 1:20 or 1:21, which was still good for 5th.

Rev 3 was the biggest confidence builder of the 3 races.  I spent a few days before the race in John Day, Oregon, getting in some altitude training with my younger brother Patrick.  Eastern Oregon is super sweet for training, I don’t even know where to start.  I guess I’ll have to table that conversation for another time.

Things went off the rails a bit on our way from John Dayto Portland.  We drove down to Portland, and, according to my custom, I previewed the bike course 2 days out, getting in about 45 miles.  Afterwards, and I still don’t know exactly why (dehydration?), I got incredibly sick and puked my guts out several times.  The whole ordeal lasted until about midnight, and I wondered if I would even be okay to race on Sunday.

Race Day.  I was hoping for a wetsuit legal swim, but it was not to be.  I came out and the clock read 36 minutes and I thought, “this is gonna be one LONG day.”  But, I unleased a super solid bike-run combo, averaged 23.7 on a ridiculously hilly bike course, and unleased a 1:16 half in hot (90 degrees-ish) conditions, and managed to pull myself up to 12th.

If you take the bike-run splits only, I was 6th.  That built my confidence based on who I was up against – Cunningham,  Thomas,  Rapp, etc.  I think I lost some of the feel for the water with my lack of swimming while in John Day, but aerobically I was obviously super fit.  Still, following Rev 3 I really needed a mental break and then planned to rebuild for Ironman Canada. 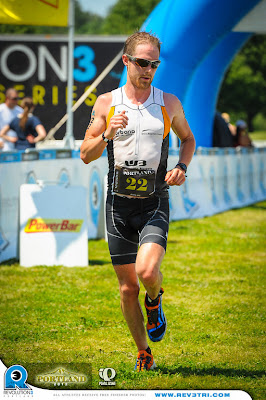 Now I can’t adequately tell the story of these several clusters without mentioning Andrew’s exploits, as he was busy with a cluster of his own.  Andrew was ready to pop a good one, but flatted out of the Victoria Half-Iron with a nasty sidewall gash on the rear tire.  He also had a flat the day before on the front, but frantically found a replacement before race day.  Bad luck with tires lately!  I did hear tale that Andrew was able to stay with Andy Pott’s parents out in Victoria, which was quite the experience.

Andrew really had a tough time ge tting back up men tally, bu tmanaged to pull himself toge ther for the Vancouver Half 2 weeks la ter.  Delivering an incredibly even race, he threw down a 4:22 for 7 th(or 8 th, I’m too lazy to check) overall.  The 4:22was abou t a ½ hour personal record, I believe.  2 weeks following, Andrew “rode angry” on the bike course a t the ChelanMan Olympic, and won wi th an impressive 2:03 overalltime.

I t was a one big clus ter, tha t’s for sure; filled wi th mishaps, mechanicals, and misadventure.