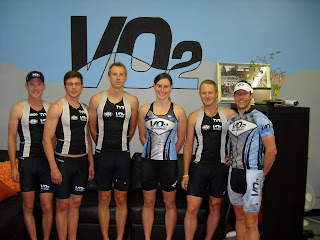 “Only Going to Get Faster”

Matt Sheeks roared through a successful rookie year as a professional triathlete, winning a professional national championship, with two top ten finishes in a WTC event, and placing top 3 at the Desert Classic Duathlon. Matt also posted the fastest run split at two WTC events, at Boise against the likes of Craig Alexander, Matt Whyte, and Jamie Whyte, and again at Ironman Lake Placid against Ben Hoffman and Mark Twelsik. With big plans to swim 2 times a day this winter, we should see Matt more towards the front at these races next year!