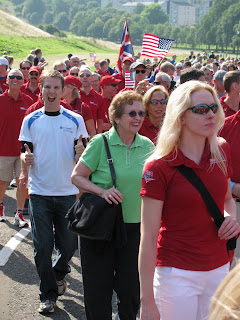 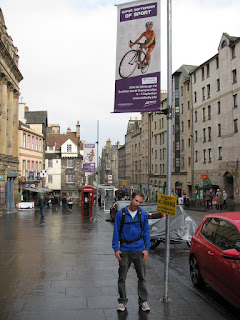 enthusiasm before and after duathlon.

Hey All! A lot of people have been asking how the Duathlon Worlds race went. Since I have been traveling around Scotland for the past couple weeks, I was unable to respond for awhile. So, the long story is that it did not go so well. In fact, I blew up worse than I have ever blown up in a race before. I mean, I was just happy to finish I was feeling so bad at points. On the other hand, I hold a philosophical “no lose” policy according to this verse: “And we know that God causes all things to work together for good to those who love God, to those who are called according to His purpose” (Romans 8:28) So, I am taking comfort in the fact that my result in Scotland was the best result I could possibly have as far as God’s plan for me is concerned. I know I learned a lot from this race, and I am planning on making a good bit of changes going into the 2011 season, in my training, how my bike is set up, my race strategy, my sleep schedule, and much more. I am still just figuring out how to go about this whole triathlon thing, and their is much complexity to it, and much to consider. Sometimes I miss the days when I could just show up to a race with my spikes and a bottle of water! But I know triathlon is where I am supposed to be for now.

Not to be left out, I had an awesome time touring around the U.K. and Ireland following the race, and saw some amazing sites.

Below I included my race highlights from last year, and a picture of my team and coach, and my race plans for next season. Thanks for reading!