Hey all and greetings from beautiful Woodinville, WA, where we haven’t seen dry pavement from over 100 days. I wanted to make a quick announcement that I have officially joined the Team Trakkers Elite Triathlon team! This is a big step for me and one I think will really help my triathlon career continue to progress.

The team is comprised of some really solid pro triathletes. You might recognize some big names like Michael and Amanda Lovato, Richie Cunningham, and Brian Fleischmann. Look them up; they have some awesome credentials and many of them have won multiple Ironmans and Half-Ironmans. We have some awesome sponsors lined up including Trakkers GPS, Rev 3 Triathlon, Avia Shoes, First Endurance Nutrition, TYR Swimwear, Kestrel Bicycles, and Canari. Check out http://www.trakkersgps.com/ when you get a chance and you can get more of the “scoop” on the team and the Trakkers technology. I am really excited to work with these fine individuals and companies, use their products, race fast for them and represent them well. I will be putting everything to the test as usual. After all, you know the Matt Sheeks’ motto: “If it ain’t broke, break it!” 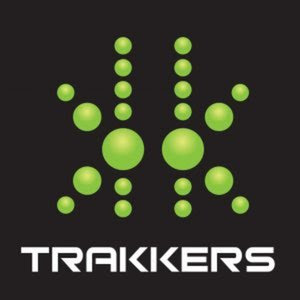 I would like to give a quick shout out to some people that have really helped get such a long way in the sport in such short order. In particular, I would like to thank coach Ben Bigglestone. It is hard to say in what areas Ben has been instrumental because he has pretty much helped out with everything. Ben even helped make the connection that got my plugged in with Team Trakkers. I would also like to thank Rob Whitacre who was my triathlon manager in 2009, took care of all the details I suck at, and convinced me not to give up when the going wasn’t going so great. Thanks guys. Your support means a lot to me!

Training has been especially tough this year given the interesting winter here in the Northwest, but I am bound and determined to make it to the starting line for my first race February 20th at Rev 3 Costa Rica. It is a non-drafting, Olympic distance race that is part of the Rev 3 series. Also, you may have noticed some updates to my race schedule (see sidebar at www.mattsheekstriathlete.blogspot.com). I’ve decided to go ahead and re-route my 2011 plan to include more Rev 3 races; there are many good reasons to go the Rev 3 route, and believe this route will better suit where I am at in my career and will make more sense for my long-term development.

Fee free to drop me a line anytime at mattsheeks@gmail.com and happy training!

P.S. Here is a re-posted article announcing the team:

After a successful first season, Team Trakkers begins the New Year by revitalizing its relationship with the Revolution3 Triathlon Series, which now supports the team as its co-Title sponsor. Presenting sponsors include both Kestrel Bicycles and First Endurance, who return this year to support the 11-person professional team and 39-member amateur squad.
New partners for 2011 are industry-leading companies, AVIA (footwear), TYR (wetsuits, speedsuits), and Canari (apparel).

“The Revolution3 Team is overjoyed at the opportunity to be a sponsor of such high-class professional athletes. Their determination and drive to succeed motivate each and every one of us at Rev3. Our goal is to push the sport of Triathlon forward and we hope our commitment to this group of athletes shows that we take this growth seriously. We cannot wait to see them at the Rev3 races this year,” said Charlie Patten, Head Honcho of the Revolution3 Triathlon Series
“Kestrel is excited to be part of the Trakkers-REV3 Triathlon Team,” said Steven Harad, Kestrel Brand Manager. “This is our second year with the Trakkers team and with the addition of many top level athletes, we are looking forward to a successful season.”
“First Endurance is pleased and honored to be associated with this high caliber team of athletes and sponsors,” stated Robert Kunz, the VP of Science and Technology at FE. “All of the athletes will be using the entire system of First Endurance products, and more importantly they will have influence and input on our new product development, allowing us to keep producing and upgrading our line so it remain the best on the market.”

With a refreshed athlete roster and its committed sponsors, Team Trakkers—REV3 begins the 2011 race season with an evolved mission: to promote and help grow the Revolution3 Triathlon brand; to gain exposure for the world’s first real-time GPS tracking devices; to represent triathlon’s strongest brands; and to compete at a world-class level over varied distances, at multiple triathlon series worldwide.

“We had a great year in 2010, but our aim is to improve across the board, as we go forward,” stated Michael Lovato. “To evolve in a positive direction, we have partnered with key sponsors who are committed to the sport of triathlon, to its growth, and to its athletes. We could not be happier with our group of sponsors, or with our recharged roster of athletes.”