2016 was finally the year where I was able to get back to some serious triathlon training after having a couple seasons where I was competing half-injured.  Not surprisingly, this resulted in much better race performances!  I guess training does work after all! 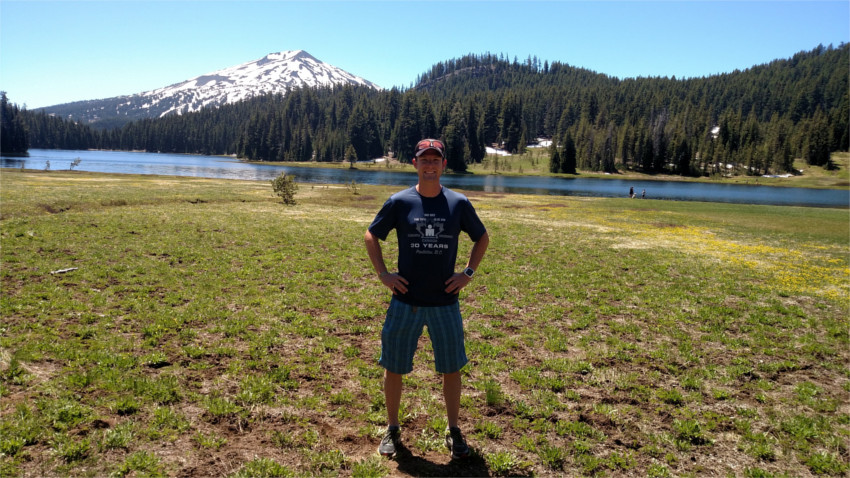 I like racing in the spring because I can compete in some less serious races just to round out my fitness.  One race I really enjoy is the Deschutes River Valley Time Trial Series (DRVTT), held in Maupin, Oregon.  This is a great weekend of racing with 3 time trials – a 40k, uphill time trial, and 46 mile time trial all packed into one weekend.  If you’re into riding with power like me, an added bonus is that once you are through with the weekend, you have some nice power figures (30 min, 1 hr, 2hr) that you can use as benchmarks for the rest of the season.

Last year I was able to take the overall win, but this year the race was totally stacked!  We’re talking pro and ex-pro cyclists who are all time trial specialists.  The cool thing about getting totally dominated by the Pro/1/2 field is I was able to glean some insight on time trial training, positioning, and the like.

In particular, I met Rob English, an ex-pro cyclist from England.  If it’s one thing I’ve learned, it’s that the Brits really know their time trialing.  In fact, Rob is a time trial fanatic of sorts.  When I saw him roll up in his British Cycling Federation national team kit on the last day of racing, I knew things were getting serious.

Rob is now an independent frame builder making custom steel bikes.  He’s got some really innovative bicycle designs you have to check out over at his website.  He also helps his wife run a bed and breakfast in Eugene where they specialize in a vegan and organic foods.

I was able to get Rob’s assistance with my time trial position over the course of the spring.  We got my position a lot lower without sacrificing any power, and he advised on my bike training program.  I always like asking questions from non-triathletes about their training just to get a different perspective.  Rob has a unique perspective because he was both a pro cyclist and time trial specialist – definitely a good combo.  Rob told me I was riding long enough but I needed more efforts over lactate threshold.

Training Changes I Made

Riding over threshold is really difficult for me, so this meant I had to cut my efforts down to 4-6 minute efforts and maybe only do 6-8 total efforts.  I really like these workouts though; you can get in a solid 2-2.5 hour ride and still have time to get some work done during the day, and perhaps hit the pool in the evening.

Du Nationals was in the middle of a slew of races and was probably my best result of the year.  I can’t say I was at my absolute best, but was close by this point in the season.  There was not too much competition in this race, however, Matt Lieto was in the race and I knew I didn’t want him anywhere near me during the bike.   I took out the first 10k really hard, possibly too hard.  Surprisingly, Matt was able to catch and then put a huge gap on me during the bike.  I left it all on the course during the 2nd run and closed the gap down to 1 minute by the end of the last run for 2nd place overall. 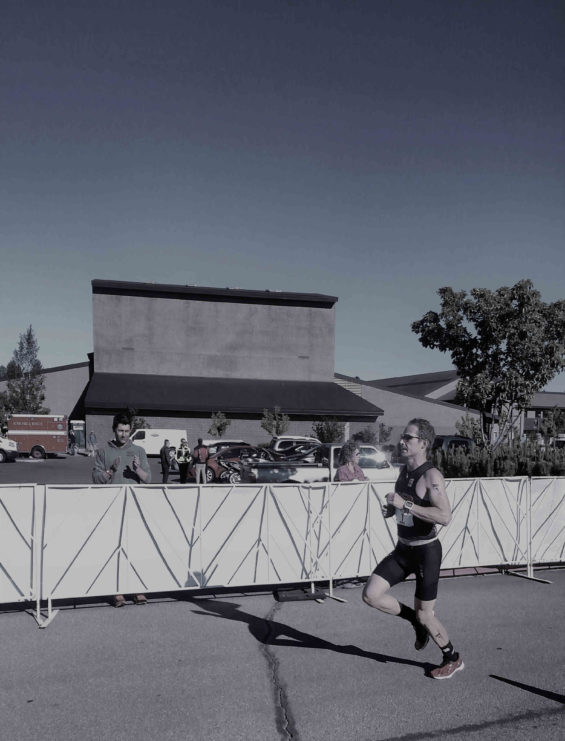 Perhaps the most interesting event of the season wasn’t during a race situation at all.  To make a long story short, I got attacked by an otter while lake swimming!  If you’ve ever thought about how cute otters are and therefore how harmless you must be, let this be a warning to you! I’ll write more on this in an upcoming post.

Something went very very wrong at Ironman Canada.  The weather was odd because the it had been really mild leading up to the race, but then got really hot literally right in the middle of the race, which I don’t think most competitors were prepared for.  Many pros dropped out after the first 21k loop of the marathon, while I sputtered in to finish in an unspectacular time.  My issue was either (a) purely mental (I gave up), (b) electrolyte related, or (c) I went out too hard for the conditions.

Once again the conditions were pretty hot and I didn’t want to repeat the same mistakes as Ironman Canada.  I consumed some extra Hammer Endurolytes fizz on the bike and made sure I was electrolyte loaded before the race.  I think this paid off! 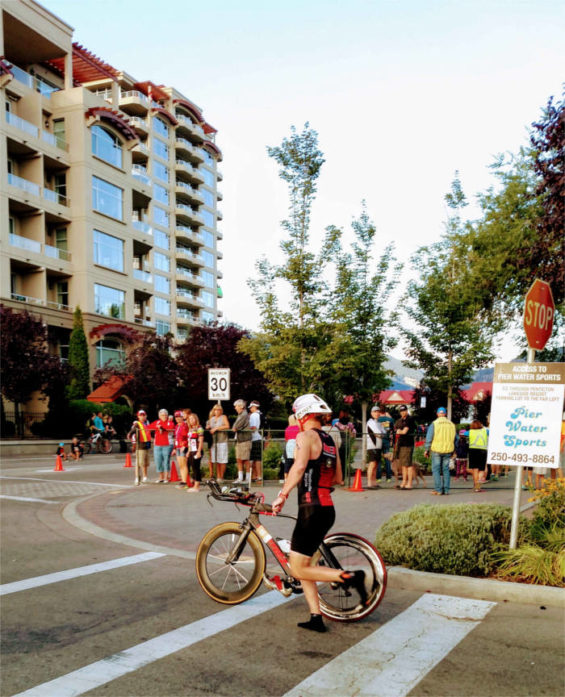 On the run, I was hoping some of the other pros would blow up in the heat.  This time I wanted to be the hunter and not the hunted!  The course was two laps of two 15k out and backs, and on the last 7.5k stretch, I finally started to reel guys in.  Most of them were reduced to a walk in the 90 degree heat.  This happens a lot of times in pro racing – guys will have spectacular blow-ups that you don’t see as much in running or cycling.  I think this is because the race is so long that you’re more likely to misjudge your pacing.  There is also simply more time for something to go wrong whether that be mechanical, flat, injury, GI distress…and the list goes on. 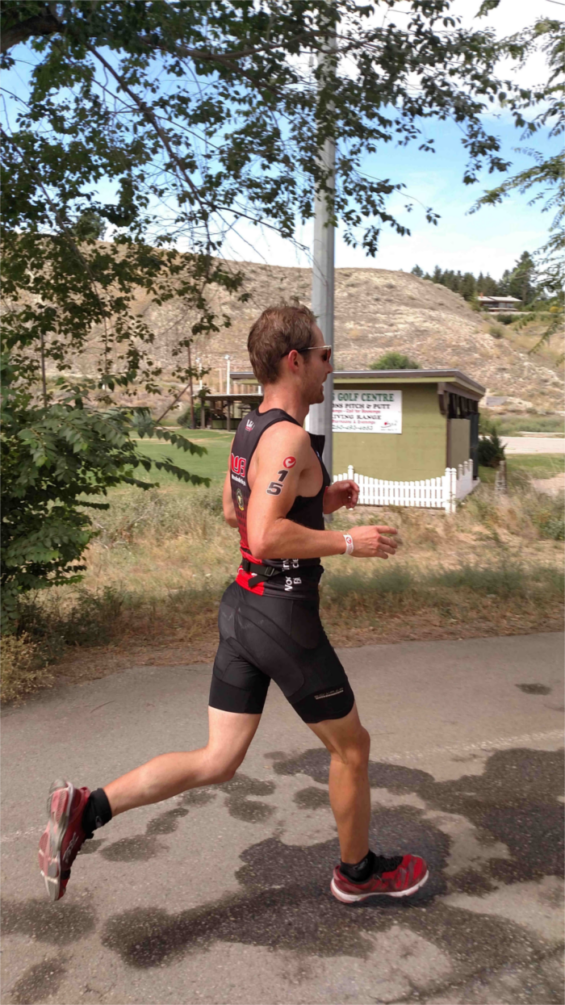 This year I changed up my training a bit but I don’t think it worked the best in long course races.  The #1 change I made was swimming 2x/day a couple times a week.  This got me to PR in the Ironman swim but while it gave me an extra 1-2 minutes in the swim it took away too much from time I could devote to the run and bike.  The second change was implementing those short bike interval workouts.  Again, I don’t think this was a negative but in the past I’ve banked about three 60+ mile rides per week, which results in some deep bike fitness.  I wasn’t able to put in enough long rides consistently and I think this showed in the longer races.  If I’m going to race more 70.3 and Ironman races I’m going to get out for lots of those 3.5-4 hour rides again!

Until we ride (or run or swim) again,

back to news
← previous postRepent About Repentance #3 – What Does Repent Mean in Greek? next post →6 Fitness-Inducing Reasons You Should Own an Elliptigo 8c