In today’s post I want you to repent about repentance.

This is probably my greatest concern with the doctrine of evangelical and reformed churches today.  Nearly every church I have attended in the past several years defines repentance as “a turn from sin” or “a turn from sin and turn to God,” or something along those lines.  They are very dogmatic about their position, but I find that their research is lacking. 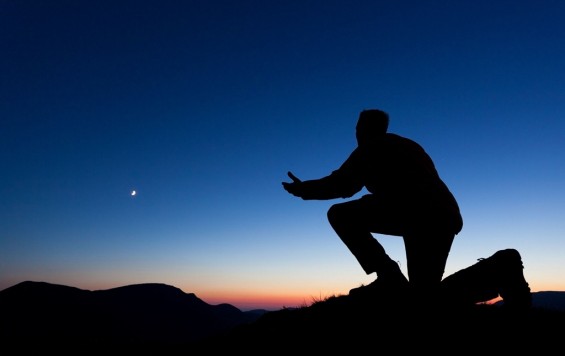 I was leading an Athletes in Action meeting the other day at Eastern Oregon University.  We were talking about the need for sinners to trust in Jesus Christ’s finished work in order to obtain eternal life.  One of the students interjected, “What about repentance?”  She then explained that if all anyone had to do to receive eternal life was to accept it as a gift from Jesus, then some really bad people could get into heaven. But repentance, she explained, meant that people would have to change the course or direction of their life if they expected to be saved…right?

Indeed, what about repentance?  In creating an outline for our study on repentance, I always like to use the point that has the greatest shock factor, one that might unsettle someone a little bit and cause him to think differently, especially in the case of something like repentance where ideas about its meaning have become so ingrained. In the case of how we define biblical repentance, I like to lead with the fact that God repents in the Old Testament.

That’s right, God repents in the Greek Old Testament – the Septuagint.  The Old Testament was originally written in Hebrew; however, a Greek version, now commonly known as the Septuagint, was written around 250 B.C.  The Greek word μετανοέω, transliterated as metanoeo, and translated to English as “repent” is used to describe something God did.  This is the same Greek word which is translated as “repent” in the New Testament.

Jonah 3:9-10 is perhaps the best example of God’s repentance.

“Who knows, God may turn and relent (metanoeo), and withdraw His burning anger so that we shall not perish.  When God saw their deeds, that they turned from their wicked way, then God relented (metanoeo) concerning the calamity which He had declared He would bring upon them.  And He did not do it.  ” – Jonah 3:9-10, NASB

Obviously the translators felt comfortable using the word repent for something God did. It is highly unlikely that the translators thought it was possible for God to sin; therefore, it is likely that the meaning of metaneo carried a similar meaning as what is suggested by an etymological study of Greek, rather than always having something to do with leaving behind one’s sin, as our contemporary definition implies. In this example, God repents based on new information, the new information being the actions of the Ninevites.

Many of these occurrences of God repenting were carried over in the KJV and ASV, but were changed to other terms like “changed His mind” or “relented” in modern English translations.  From 1611 when the KJV was written up until the 1960s when these English versions went out of vogue, English readers would have applied a different meaning to the words “repent” and “repentance.”  A couple examples will bear this out.

“Who knoweth whether God will not turn and repent, and turn away from his fierce anger, that we perish not? And God saw their works, that they turned from their evil way; and God repented of the evil which he said he would do unto them; and he did it not.”  (Jonah 3:9-10, ASV)

“Who knows? God may turn and relent and turn from his fierce anger, so that we may not perish.” When God saw what they did, how they turned from their evil way, God relented of the disaster that he had said he would do to them, and he did not do it.” (Jonah 3:9-10, ESV).

“Jehovah repented concerning this: It shall not be, saith Jehovah.” (Amos 7:3, ASV)

“…If that nation, concerning which I have spoken, turn from their evil, I will repent of the evil that I thought to do unto them.  And at what instant I shall speak concerning a nation, and concerning a kingdom, to build and to plant it; if they do that which is evil in my sight, that they obey not my voice, then I will repent of the good, wherewith I said I would benefit them.” (Jeremiah 18:8-10, ASV)

“If I announce that a certain nation or kingdom is to be uprooted, torn down, and destroyed, but then that nation renounces its evil ways, I will not destroy it as I had planned. And if I announce that I will plant and build up a certain nation or kingdom, but then that nation turns to evil and refuses to obey me, I will not bless it as I said I would.” (Jeremiah 18:8-10, NLT)

What is the conclusion based on this study?  This is no iron-clad argument that repentance should take on a different meaning in the New Testament than the one we traditionally ascribe.  It’s possible that the term changed from the period when the Septuagint was written to the period when the New Testament was written.  It really all depends on what the New Testament writers meant when they used the word, and how a first century recipient would have understood it.  However, I’d like the reader to begin to consider that biblical repentance carries a different definition than is commonly thought, and this is just one step in building the case.

So what have you heard is the definition of repentance?  Here are several versions I have heard over the years:

back to news
← previous postGarmin 920 XT vs. Garmin 910 XT Review next post →Real Meaning of Christmas

One comment on “Repent About Repentance Part 1 – God’s Repentance”